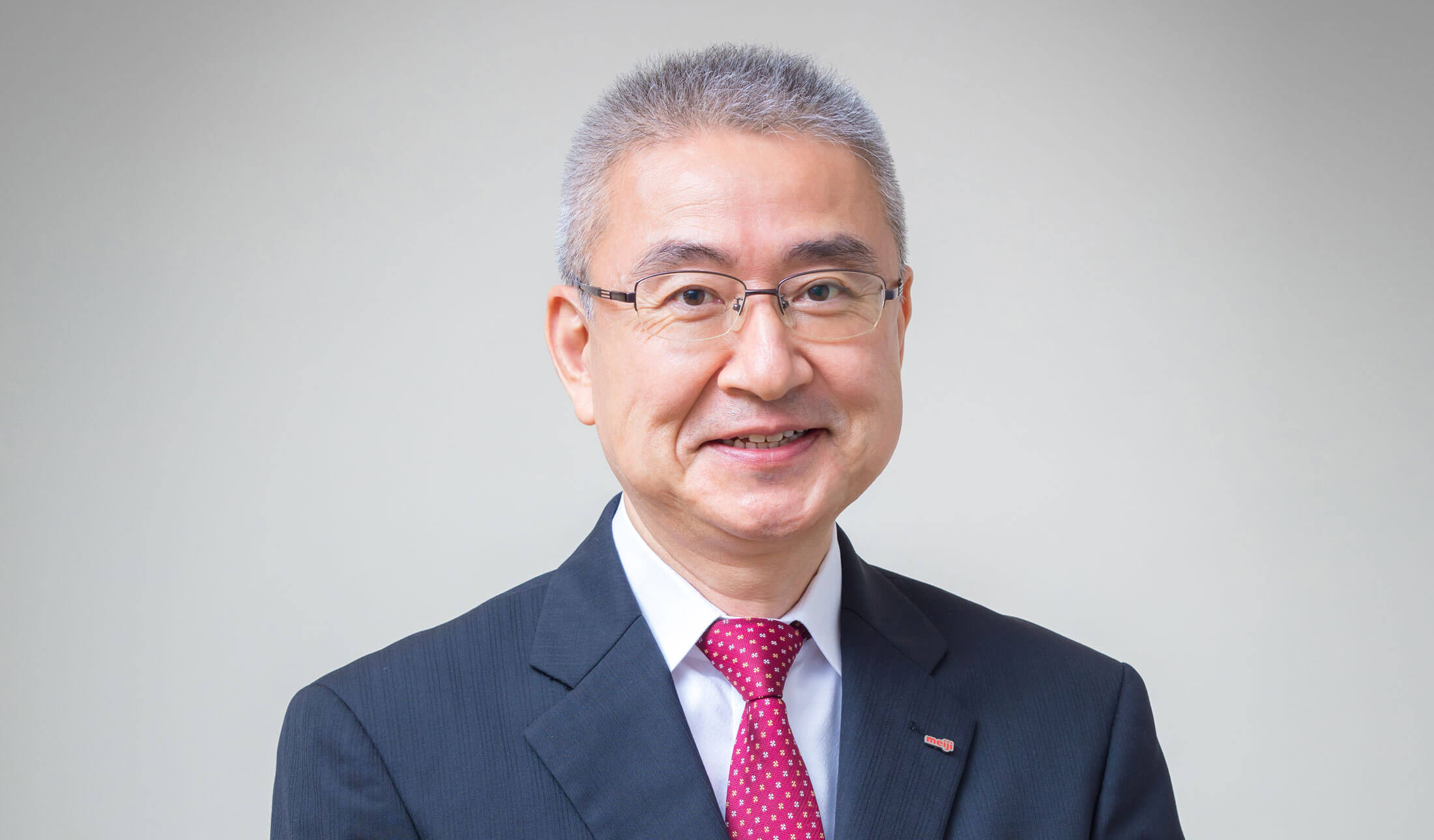 Hiroaki Chida was appointed to Meiji Holdings Co., Ltd.'s Audit & Supervisory Board as an internal auditor in 2021.

Hiroaki has been a member of the Meiji Group since 1982 when he joined Meiji Dairies Corporation. When the company was reorganized as Meiji Co., Ltd. in 2011, Hiroaki was put in charge of general business affairs at its Chubu Branch, which covers central Japan. After demonstrating solid leadership and skills, he was assigned to head the company's auditing department in 2013, and then its administration department in 2017. After being appointed as an executive officer in 2018, Hiroaki was directly involved in administration and planning at the senior level of management.

In consideration of his broad experience in management, finance, and corporate auditing, Meiji Holdings appointed Hiroaki to serve on its Audit & Supervisory Board as an internal auditor. In that role, he is expected to make full use of his expertise in finance and accounting when conducting internal audits of the company and assisting with management supervision. He is also an auditor of KM Biologics Co., Ltd.