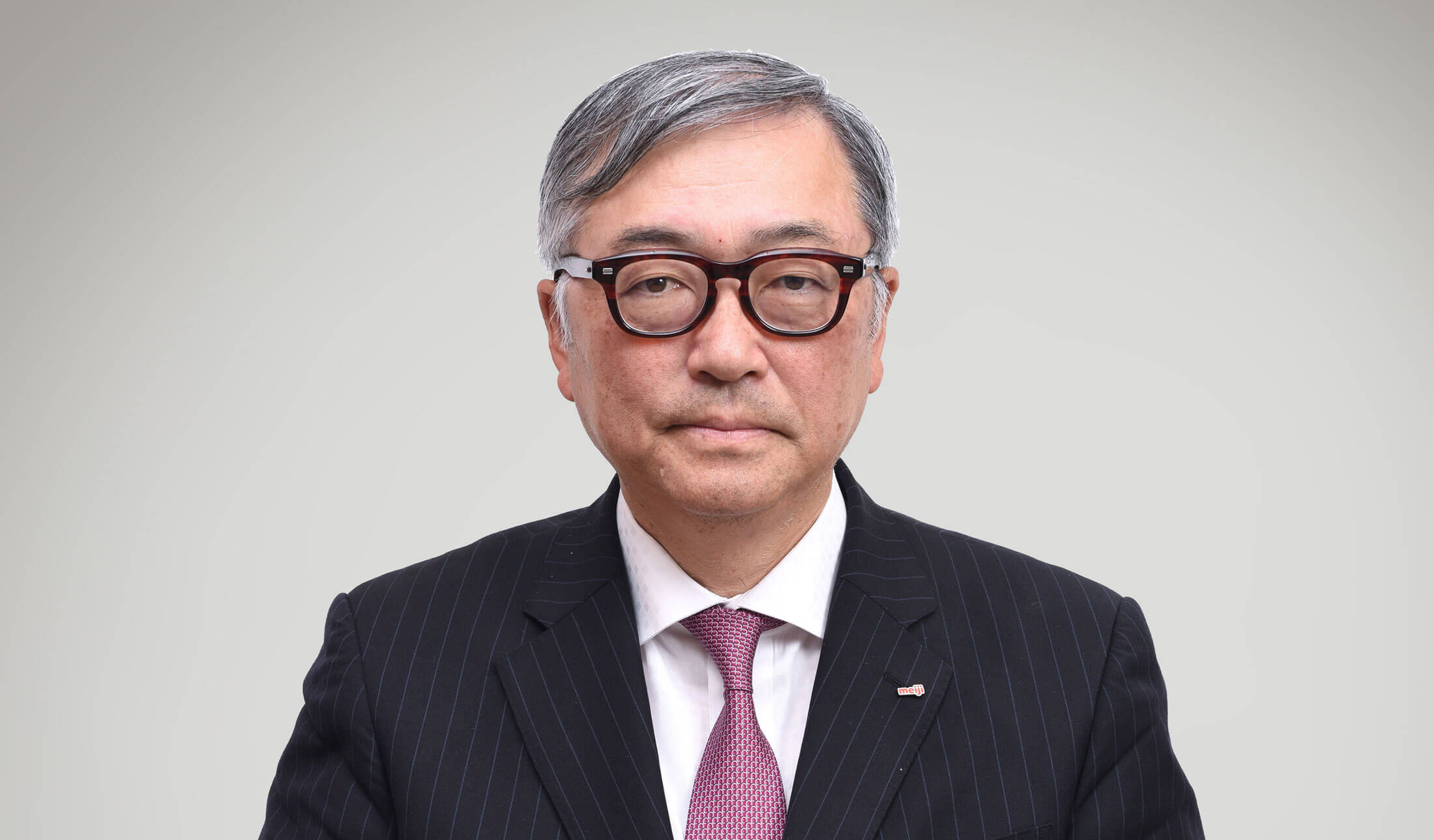 Date of birth: December 12, 1958
Appointment as an executive officer of Meiji Holdings: June 2019

As a joint head of the Co-Creation Center, Shigeru Taniguchi is responsible for the Meiji Group's research and development projects jointly conducted with the Japan Agency for Medical Research and Development through its Cyclic Innovation for Clinical Empowerment program.

Shigeru has carried out basic and applied research on pharmaceutical and food products since he joined Meiji Dairies Corporation in 1982. He contributed to the launch of pharmaceutical products as a leader of new drug approval projects. After the company was reorganized as Meiji Co., Ltd., in 2011, he was put in charge of its dairy products unit. In that role, Shigeru oversaw the development of the company's mainstay LG21 and R-1 lineups of functional yogurt products, which established the Meiji brand as a pioneer of Japan's functional yogurt market.

Backed by his solid track record, Shigeru was put in charge of research planning as an executive officer in 2016. In 2019, Meiji Holdings Co., Ltd. appointed him as an executive officer and joint head of its Co-Creation Center, which was newly established in the same year. Under his leadership, the center has been actively participating in national projects engaged in research on longevity. Shigeru has also been promoting international R&D projects by building networks with research institutes around the world.