Due to the world's economic activities, we are facing a critical situation amid a rapid loss of biodiversity caused by disruption of habitats by deforestation and deterioration in habitat environments, including environmental pollution. As the businesses of the Meiji Group depend on the abundant gifts of nature, including raw milk, cacao and lactobacillus, and microorganisms used for developing antibiotics, we recognize that loss of biodiversity is a significant social issue. We identify the impact of our business activities on biodiversity throughout the entire supply chain, from raw material procurement to waste disposal, preserving and regenerating biodiversity to ensure that we enjoy the abundant gifts of nature for years to come. We comply with treaties, laws and regulations related to biodiversity, and contribute to the creation of a society that coexists in harmony with nature.

The Meiji Group formulated the Meiji Group Biodiversity Conservation Activities Policy in October 2020. Amid ongoing loss of biodiversity, we intend to contribute to the creation of a society that coexists in harmony with nature throughout the entire supply chain, from raw material procurement to waste disposal.

Relationship between Our Business Activities and Biodiversity 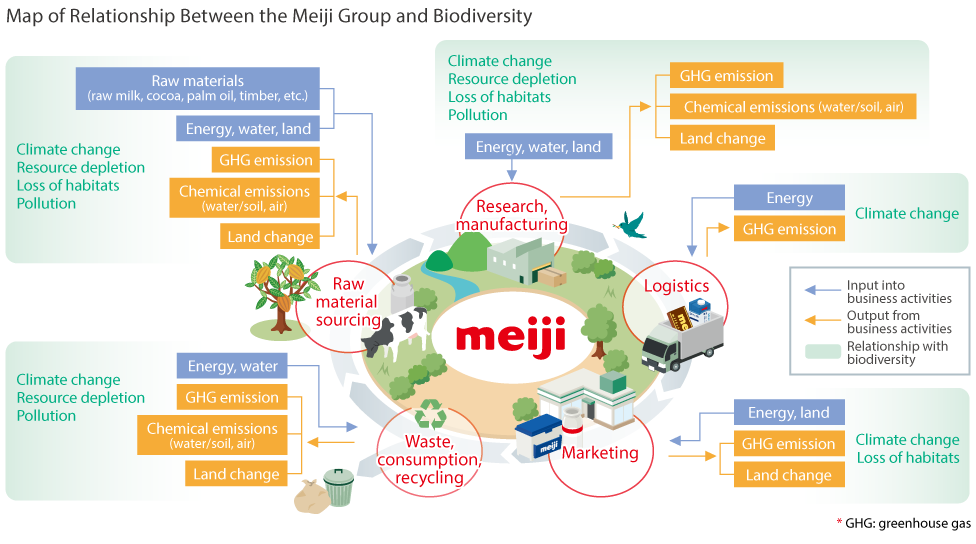 Evaluation of Risks to Biodiversity Caused by Meiji Group Sites

In order to investigate the impact of Meiji Group operations on biodiversity, we made use of the IBAT1 (an independent tool for evaluating biodiversity). We investigated the number of areas of important biodiversity within a 10 km radius (a total area of 210 hectares)2 of 67 Meiji Group production sites.

Meiji Group has established the Meiji Group Environmental Policy, and is engaged in measures focused on ensuring compliance with laws and regulations, reducing our environmental impact, and preserving biodiversity. In FY2021 there were no occurrences of or fines related to violations of environmental laws or regulations. We also found no cases where our business had a direct negative impact on biodiversity.

2. The area in which business activities at production sites directly affect biodiversity would seem to be smaller than a radius of 10 km, but in consideration of damage to biodiversity as a result of environmental accidents and other unexpected occurrences, the scope for the investigation has been set as within a radius of 10 km.

We conducted research on the natural environment in Kumamoto Sunlight Forest (approx. 7 ha), land owned by KM Biologics from 2020. Kumamoto Sunlight Forest is a secondary forest consisting of Japanese cedar, cypress, Japanese chestnut oak and Konara oak. We confirmed the existence there of places where Satoyama-like natural environment has been preserved and of endangered wild plants and animals, including clusters of Kin-ran and Gin-ran, Ural owl, Marten, Montane brown frog and Jewel beetle, which are listed in the Red Lists of threatened species published by the Japanese government and Kumamoto Prefecture. We also found that the forest served as an important biotope, a green corridor, for the region, with rich ecosystems being preserved and a variety of migratory birds being observed all year round.
We will endeavor to conserve biodiversity by promoting the recovery of forested lands that have been partially wasted and will carry out nature observation meetings and biodiversity conservation activities for our employees, their families and local residents. In doing so, we aim to increase our employees' understanding of biodiversity and to solve local ecosystems issues. 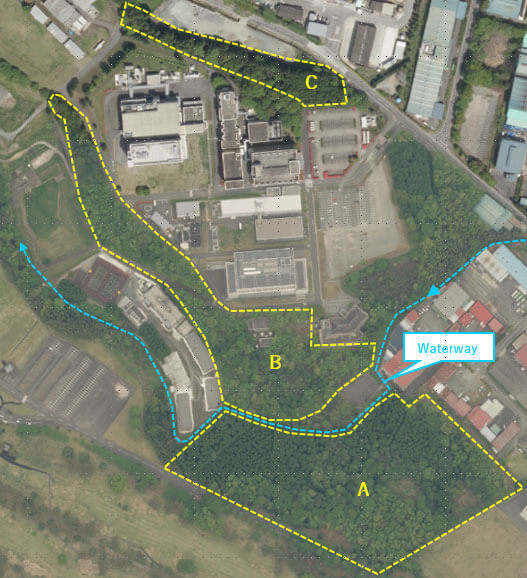 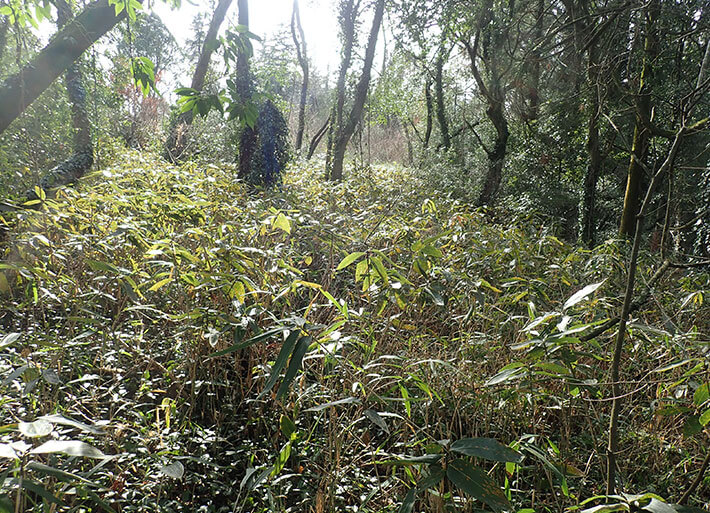 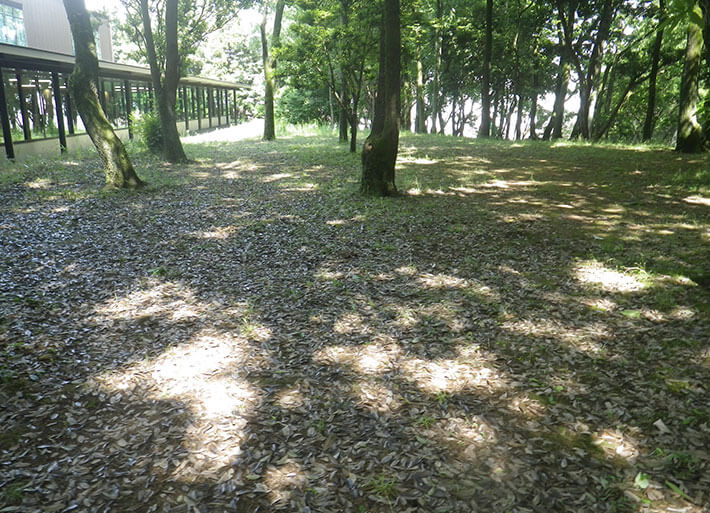 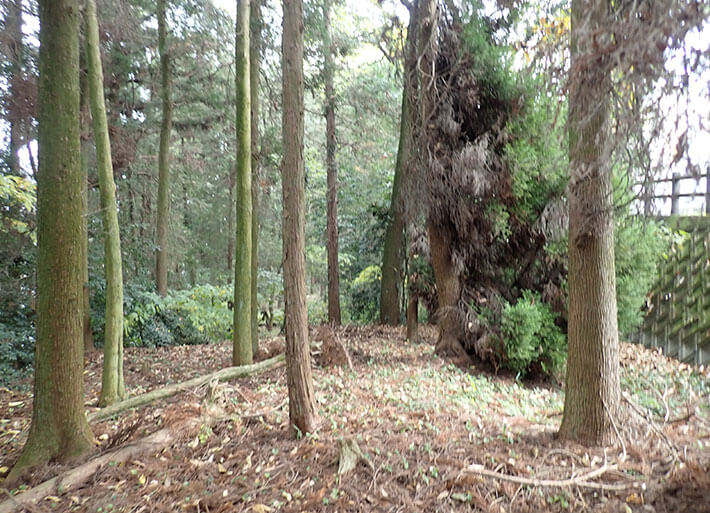 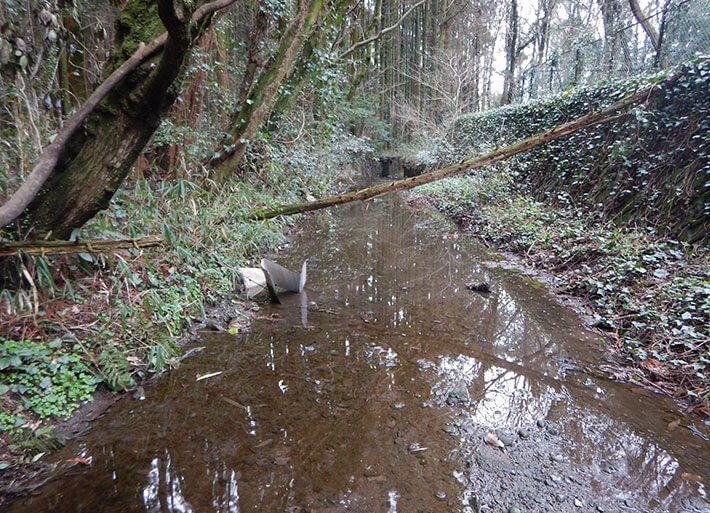 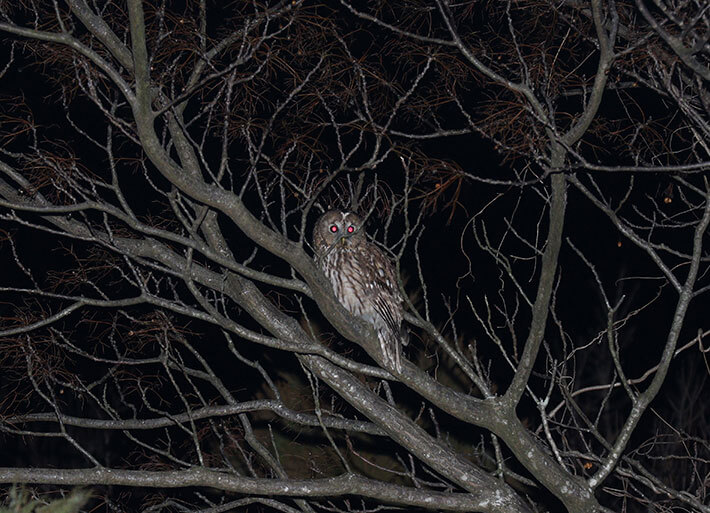 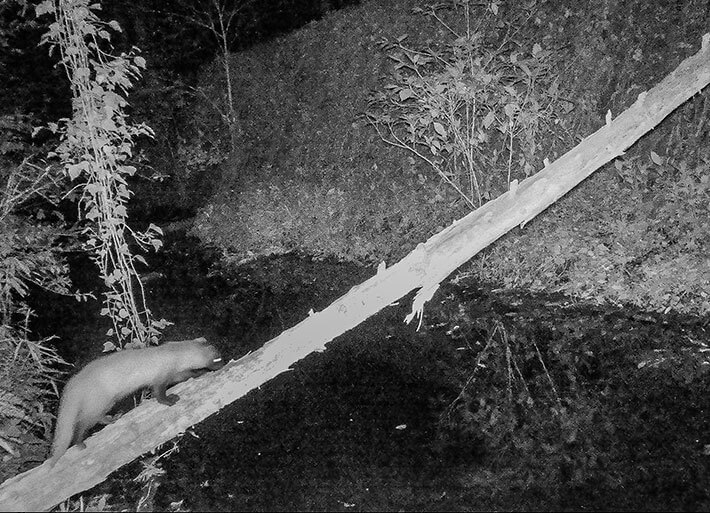 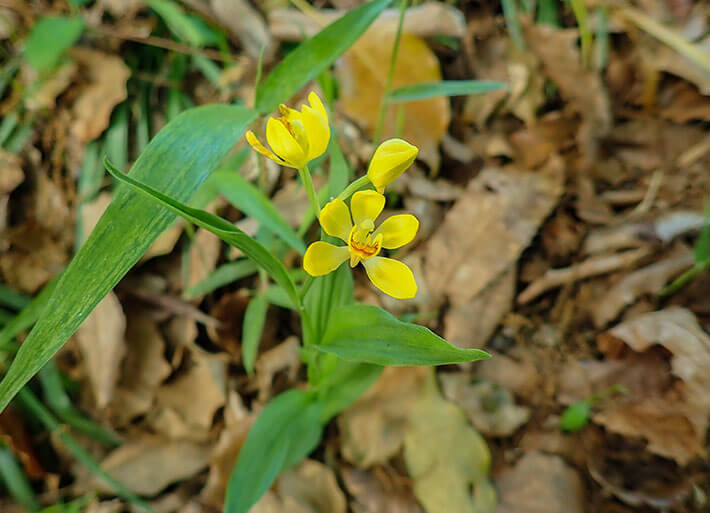 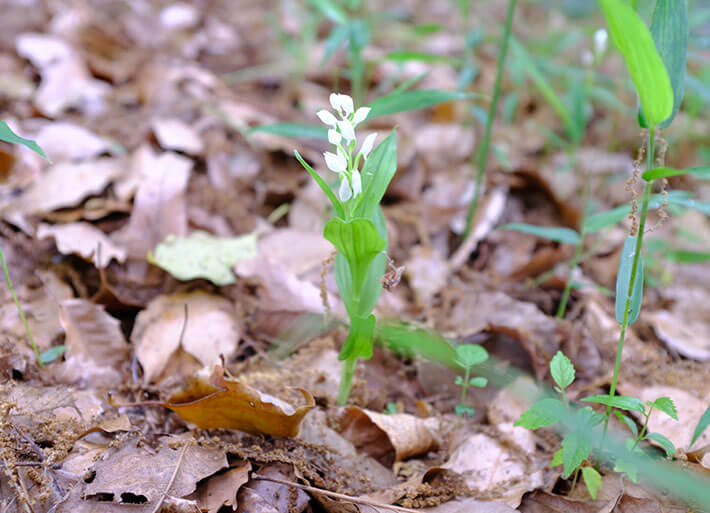 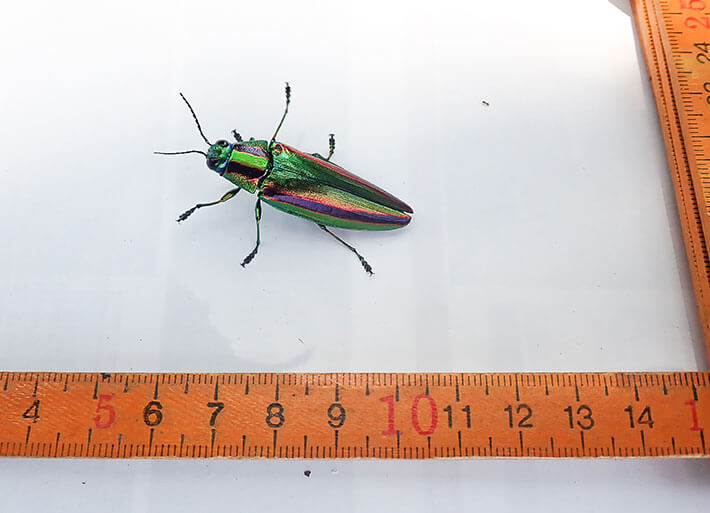 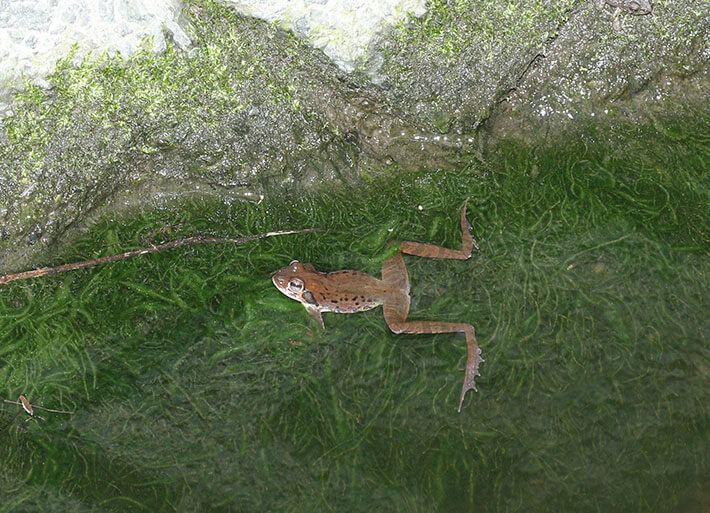 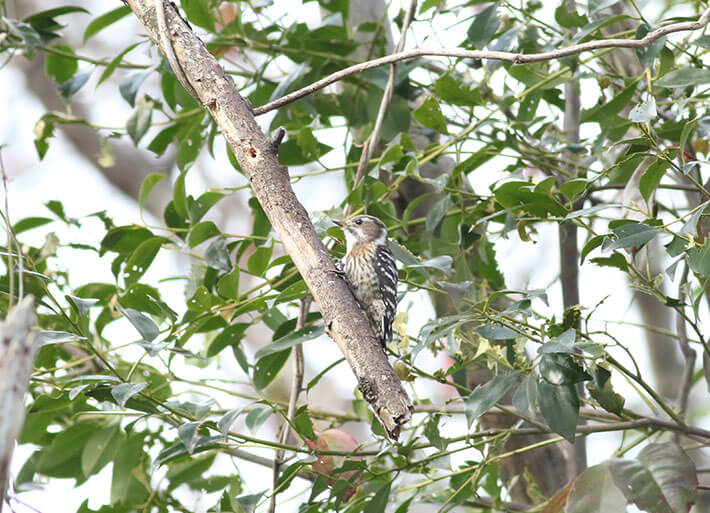 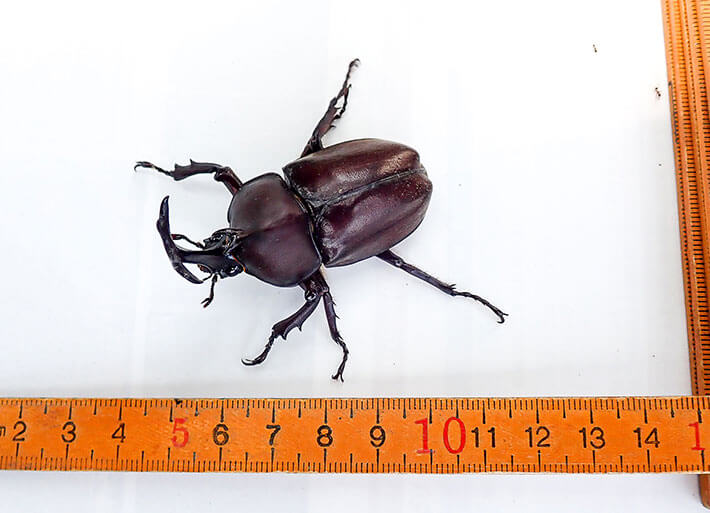 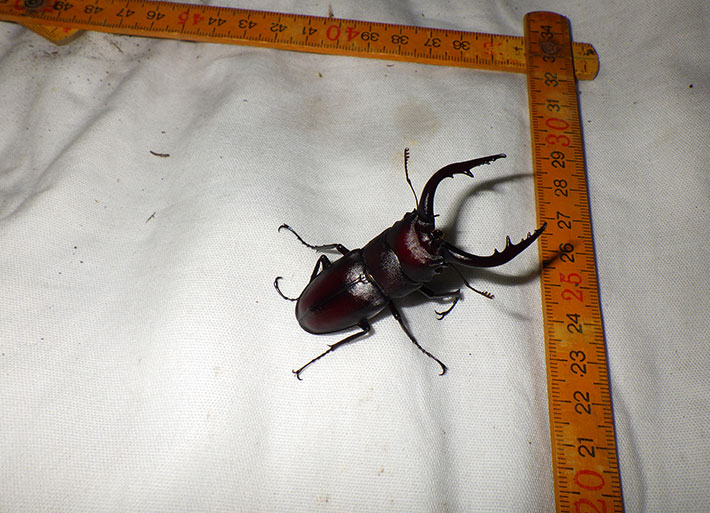 In July 2021, KM Biologics employees and their families (27 people in 10 groups) participated in a biodiversity conservation program (classroom lecture, insect observation, bamboo crafts using the bamboo that grows in the forest). We will continue these activities to deepen an understanding of the role of Kumamoto Sunlight Forest in the local ecosystem and the importance of biodiversity conservation, as well as to raise the environmental awareness of Meiji Group employees. 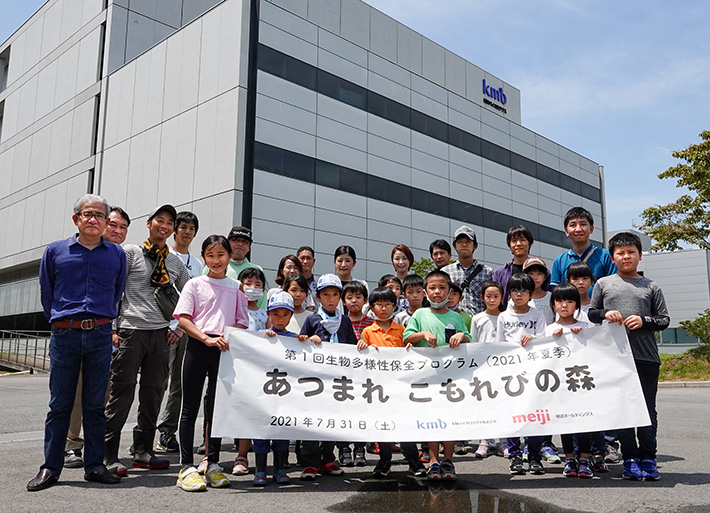 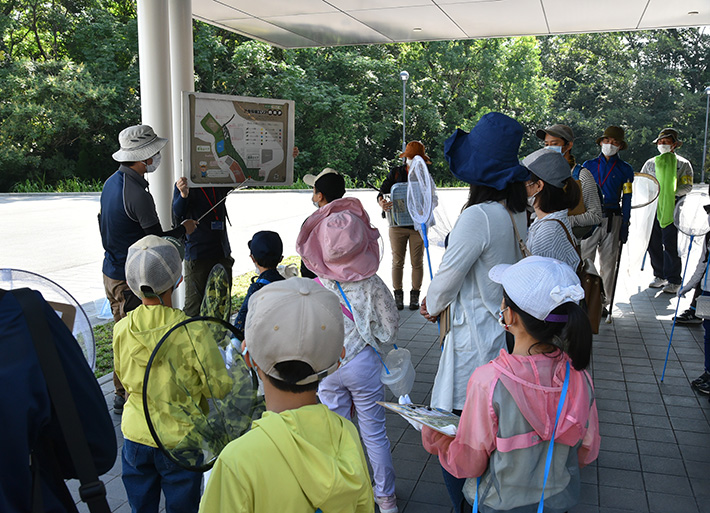 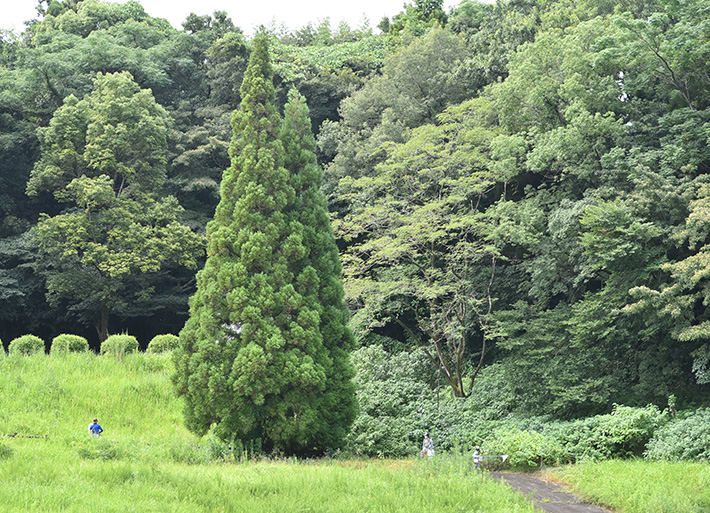 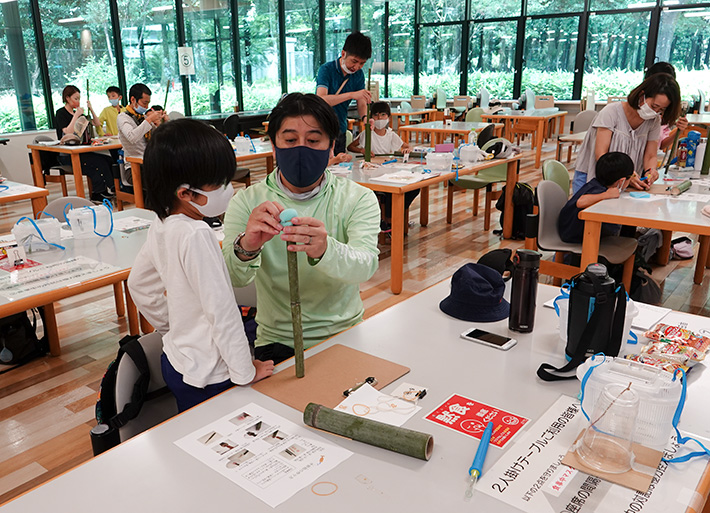 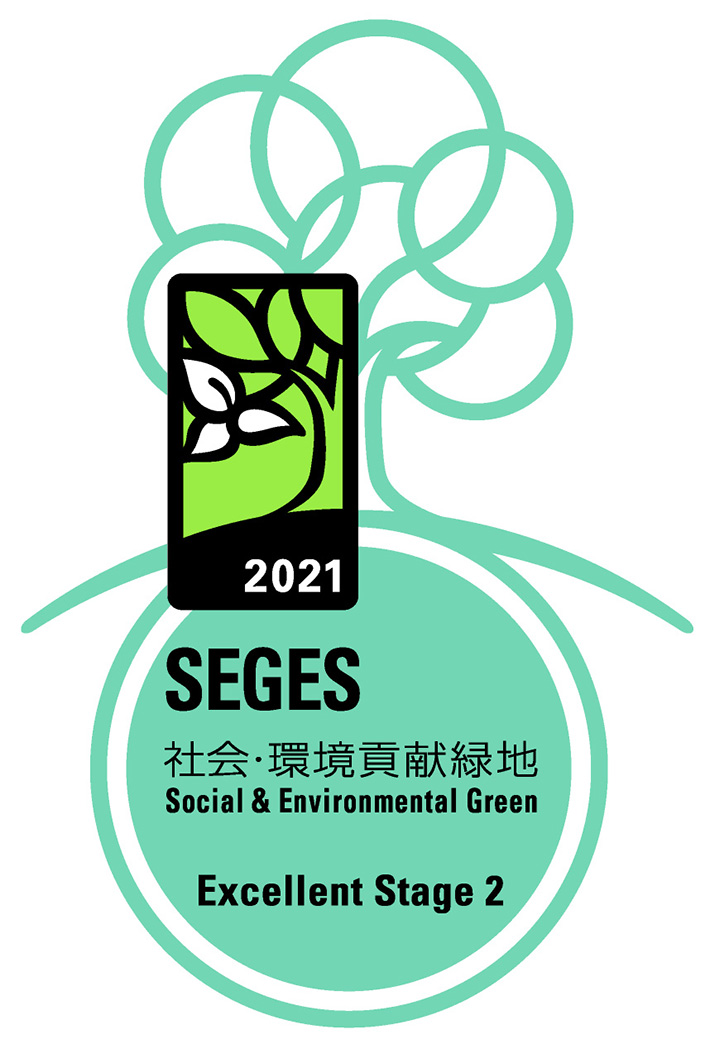 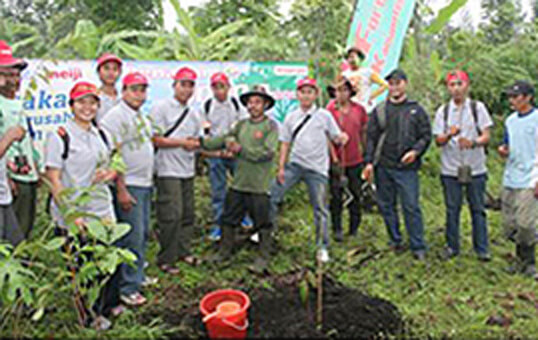 We at Medreich celebrated the world environment day with purpose and to create more awareness on the environment. Across the locations environment protection related banners were displayed. 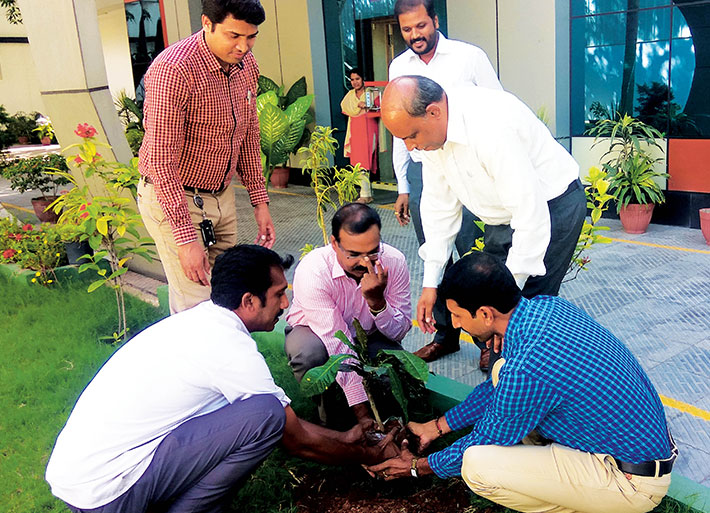 Activities in Cooperation with Local Governments and NPOs

Meiji carried out activities for the conservation of wild birds and biodiversity in collaboration with the Wild Bird Society of Japan from 2007 to 2019 on land (467 ha) that we owned in Nemuro City, Hokkaido. Through the activities, we confirmed that the populations of endangered wild birds, including Red-crowned crane and White-tailed eagle, have been maintained. Our employees provide volunteer work there twice a year, including planting trees, developing forests and watching birds, and this has helped to generate environmental awareness among employees. From 2010, the area had also been used for the environmental education of local children. We held nature observation meetings for local children and their guardians in collaboration with the Wild Bird Society of Japan and we actively participated in events with themes on wild birds held by Nemuro City.
Following the closure of a neighboring plant in 2020, we donated the natural environment conservation area to Nemuro City. However, will continue to work on biodiversity conservation activities in the area going forward in collaboration with the local society under the agreement we have concluded with Nemuro City, as we respect the significance of the activities we have engaged in.

In November 2021, we participated in a city-organized tree-planting festival in Nemuro City.
On the day of the event, we planted 50 larch seedlings from containers (good rooting ability and fast initial growth) inside the deer-proof fencing in the conservation area. We and also took care of the seedlings planted by employee volunteers in the past.

Activities in Collaboration with Local Governments

The Meiji Group's sites and companies that have production plants pursue local biodiversity conservation by participating in such activities held by local governments. The Osaka Plant of Meiji participates in the "Adopt a Forest Program," hosted by Osaka Prefecture, where wasted forests, including neglected artificial and bamboo forests, are converted into broadleaf forests for the prevention of global warming and biodiversity conservation.
Shikoku Meiji, a group company of Meiji participated in the "Forest Matching - Joint Forest Development Project" hosted by the Kagawa Prefectural Government and concluded an agreement with Kagawa Prefecture, Mitoyo City and the Mitoyo City Kanda Property Ward Management Association in July 2014. They named a forest (1.1 ha) located in Yamamoto-cho, Mitoyo City as Shikoku Meiji Team Wanpaku No Mori and undertake forest development activities, including cutting bamboo and planting wild cherry trees.

Meiji's Gunma Plant, Gunma Nutritionals Plant and Gunma Pharmaceuticals Plant, and Tochigi Meiji Milk Products participated in the "work for installing fences to prevent the invasion of Sika deer in Oe Marsh in Oze" implemented by Minami-Aizu Branch District Forest Office in order to reduce the damage to alpine plants, including Broad dwarf day lily, from being eaten by Sika deer. In this way, we help to secure the living environment of species and biodiversity. 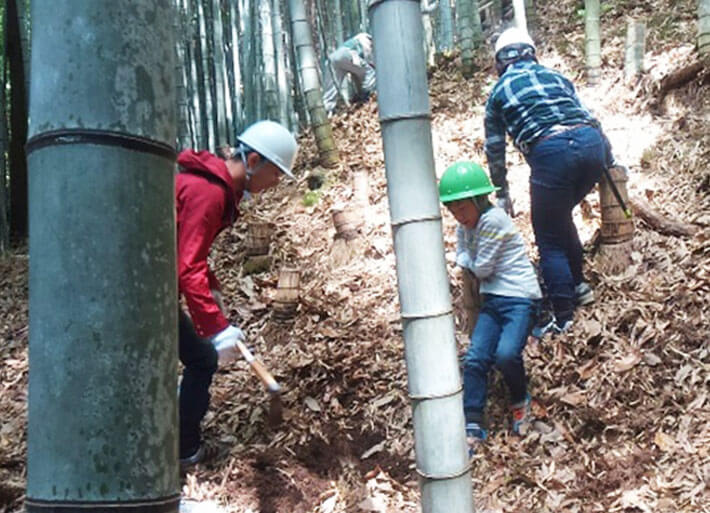 Participating in "Adopt a Forest Program" in OsakaPrefecture 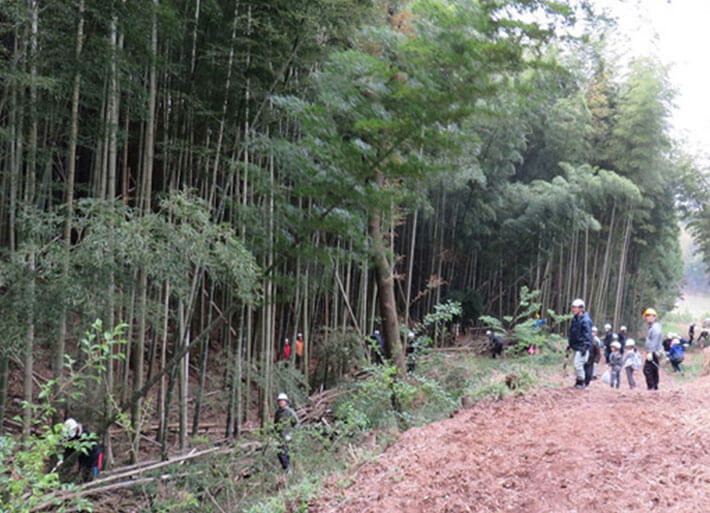 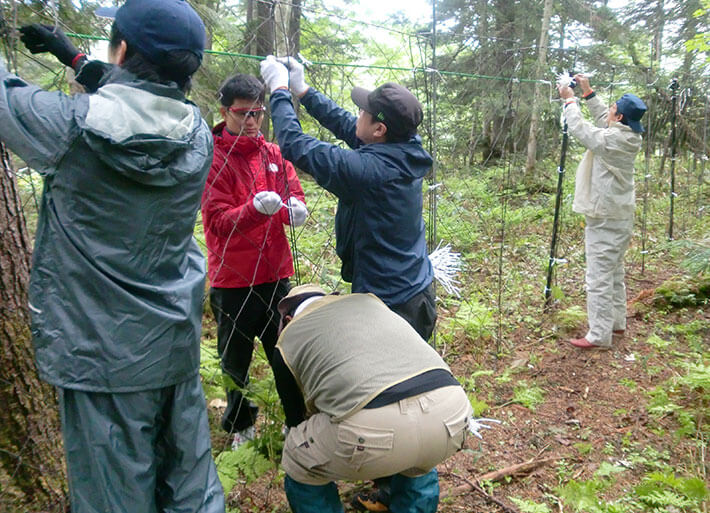 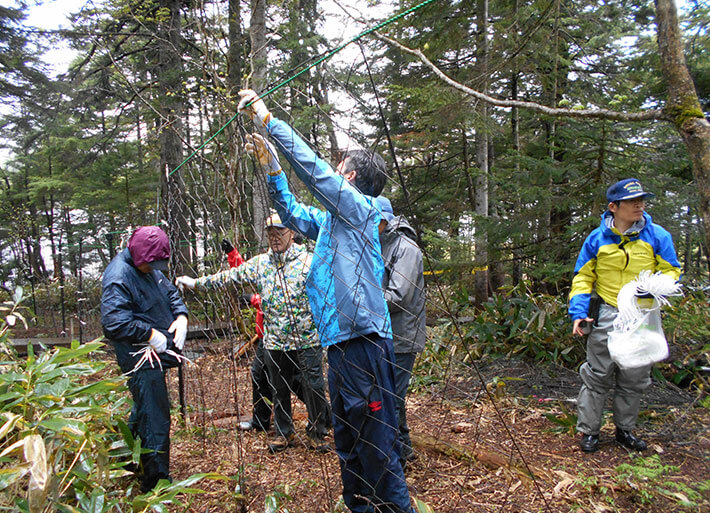