The Meiji Group's origins trace back to sugar refining and its founding in 1916 as Tokyo Confectionery Co., Ltd. The founding company quickly established businesses handling Western confectioneries and dairy goods, and later expanded its lineups of other food products. For more than 100 years, the Meiji Group has made technological advances and changed in step with the times to offer food products favored by each generation. Always ahead of emerging trends, the Group has met the demands of consumers with better tasting and high-quality products while creating and popularizing new eating habits.

Bringing delicious Western confectioneries to the people of Japan 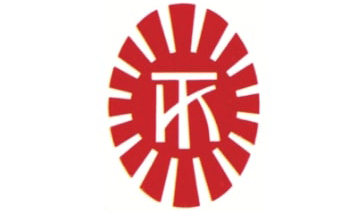 The Meiji Group's history began with the founding of Tokyo Confectionery Co., Ltd. 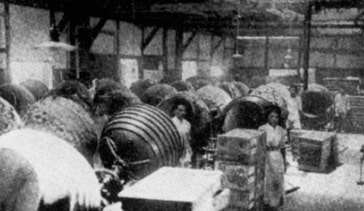 The beginnings of Meiji Milk Chocolate 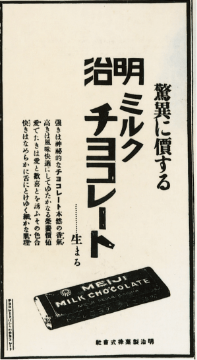 In the 1920s, chocolate became increasingly popular in Japan, but no domestic chocolate company owned state-of-the-art manufacturing equipment. In that context, Tokyo Confectionery imported manufacturing machinery from Germany and invited chocolate makers from there to provide guidance on production techniques. This initiative led to the release of Meiji Milk Chocolate in 1926.

This new chocolate bar remained a hit with consumers in the years to come, making the Meiji brand famous. Indeed, Meiji had become synonymous with chocolate in Japan, as expressed in the song lyrics of a Meiji Milk Chocolate television commercial aired in 1966. Meiji brand chocolate products went on to become very popular nationwide, and currently have the top market share. Meiji Milk Chocolate is still packaged in a brown and gold wrapper very much like the original product of 1926.

Origins of the dairy business Dairy products were not commonly consumed in Japan before the twentieth century. In those days, condensed milk and dairy goods were made by small producers using traditional methods. As a result, quality was inconsistent and their businesses were unable to grow. After the turn of the century, however, numerous small businesses joined together to raise capital and expand operations. In that process, Boso Renyu, a condensed milk company that would eventually form the Meiji Group's original dairy business, was established in 1916. It worked to improve production methods and establish a dependable supply chain with the goal of popularizing domestic dairy products and raising their quality. Those efforts led to the launch of the Meiji Merry Milk brand of condensed milk in 1921. Sold in cans, Meiji Merry Milk matched the standards for flavor and nutrition set by leading brands in Japan and abroad. Initially the product was used as an ingredient for food given to infants and sick patients, but eventually its uses expanded as quality improvements brought it to world-class standards. 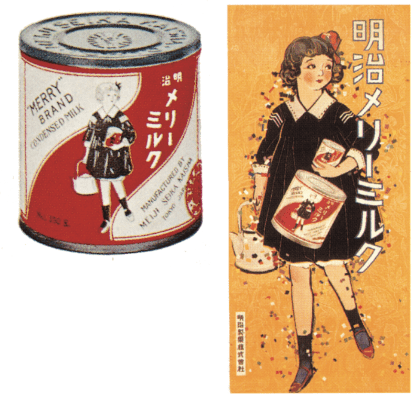 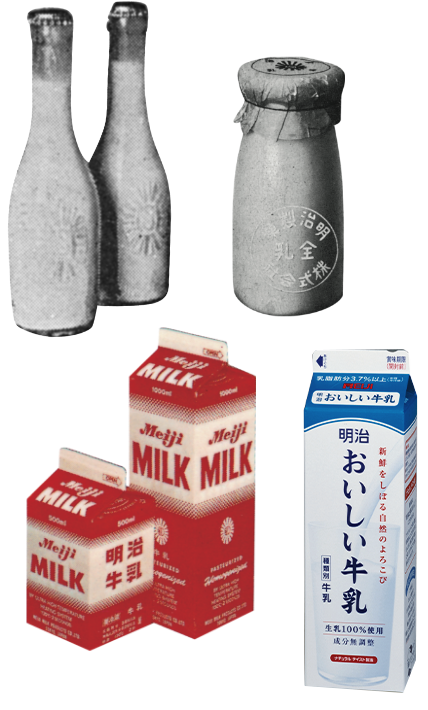 After the pasteurization of milk became mandatory in Japan in 1928, the Meiji Group received regulatory approval to produce milk and built a pasteurization processing plant. It then began producing and selling Meiji Milk as its first brand of milk. 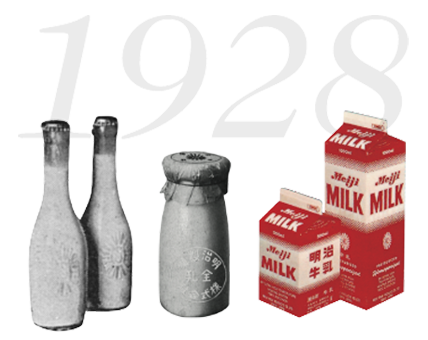 Demand for milk has been growing steadily in Japan since the 1940s, and a diverse range of milk products have been put on the market. Consequently, many milk producers entered this market, making it more difficult for the Meiji Group to compete. In the 1990s, especially, the number of competitors increased rapidly.

In response, the Group explored ways to differentiate the Meiji brand and make its milk products more attractive to consumers. It began by analyzing consumer preferences for flavor, and then completely modified the taste of its milk after upgrading its heat processing method.

These efforts led to the release of a new brand of milk, Meiji Oishii Gyunyu, in 2002. It was the first product to be developed based on the Meiji Group's new brand strategy. Featuring new package labeling and marketed as a high-added-value product, Meiji Oishii Gyunyu was priced slightly higher than other brands. The price was not a negative factor, however, as the product attained sales of 22 billion yen in the first fiscal year following its release, boosting the Group's share of Japan's milk market. 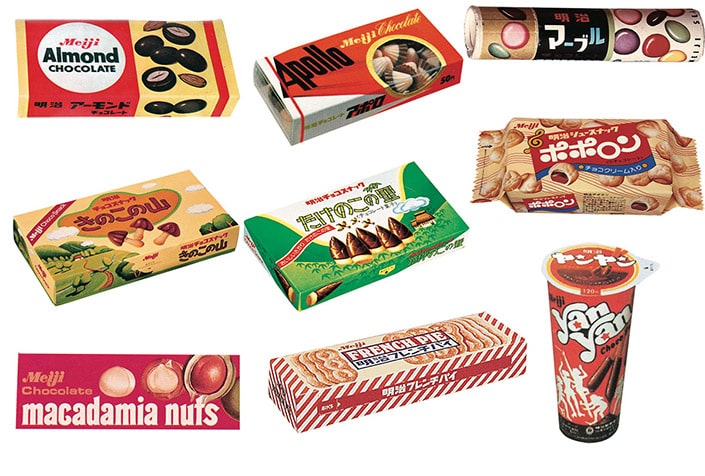 More than any other period in its history, the Meiji Group greatly expanded the number of its brands and varieties of confectioneries it sold between the 1950s and 1970s.

To satisfy increasingly diverse preferences of consumers, the Meiji Group not only modified the flavors of its food products, but also designed more attractive packages and made the appearance of the products more interesting. For example, it made chocolate-covered biscuits shaped like mushrooms and cones, creating a new market for chocolate snacks at a time when chocolate bars were the norm. It also released Yan Yan, a set of biscuit sticks and chocolate dip.

The explosion of products on the market gradually came to an end. The country's consumers began placing importance on added value rather than product variety, and demanded goods offering health benefits and genuine quality. A decade ahead of this trend, the Meiji Group had already released Japan's first plain yogurt in 1971.

As consumers became increasingly health conscious in the decades that followed, the Meiji Group continued to focus on meeting demand for healthy alternatives in its product development. 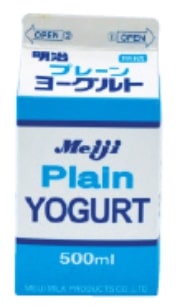 Growing Focus on Health NEXT

Learn more about our history