Yogurt is known to be a source of good bacteria, but can it actually help us live longer? Research by Meiji Group and the Pasteur Institute suggests the possibility is real.

The human microbiome—the name for all the microbes that live in and on our bodies—is a frontier of modern health science. It includes the trillions of bacteria that occupy our digestive tract and perform tasks like extracting nutrients from food and protecting us from harmful microbes such as viruses. These so-called "good bacteria" form part of the gut microbiota, and science is still trying to understand all the benefits they bring.

The link between fermentation—the process by which micro-organisms break down sugars into organic acids or ethanol—and gut health is well established, even if the specific role played by each of the thousands of different strains of lactic acid bacteria involved is not yet fully understood. We all know that eating yogurt, for example, is an excellent way to introduce lactic acid bacteria to the digestive system, but what exactly do we gain?

One obvious benefit of eating yogurt is a reduction in gastrointestinal complaints such as constipation and inflammatory bowel disease. The extent of those benefits depends on the yogurt's composition of probiotics. Essentially another name for good bacteria, probiotics are associated with disease prevention—in contrast to antibiotics, which are used to treat an infection that has already occurred. The sheer variety of probiotics is the reason there are so many varieties of yogurt with competing health claims on supermarket shelves.

However, our general understanding of probiotics remains in its infancy. Scientists still don't fully understand the link between bacteria and immunity, for example. When they do, the results could exceed all expectations. In the not-too-distant future, management of the human microbiome may grant us the ultimate health benefit of all: a significant gain in healthy life expectancy. Healthcare in future could mean daily consumption of an individually tailored probiotic concoction, still likely to be a yogurt.

The idea is not as new as it sounds. More than a hundred years ago, the Russian immunologist Ilya Mechnikov identified a link between fermentation practices and unusual longevity in the province of Smolyan, Bulgaria. From this, he advanced a theory that the human aging process centers on the gut microbiota, and the process could be slowed with lactic acid bacteria. Mechnikov was awarded the Nobel Prize for his studies of immunology, but scientific evidence for his theory of probiotics has only emerged in the last few decades.

The relationship between lactic acid bacteria and healthy longevity

Meiji Group is often credited with popularizing yogurt in Japan, and to date the company has over five thousand strains of lactic acid bacteria in its repository. While the introduction of different strains can alter the flavor and texture of a yogurt, Meiji Group has long monitored the effects on human health of each probiotic. It even operates a joint research laboratory called the Co-Creation Center, where pharmacists and food scientists work together to develop products that contribute to healthy longevity. 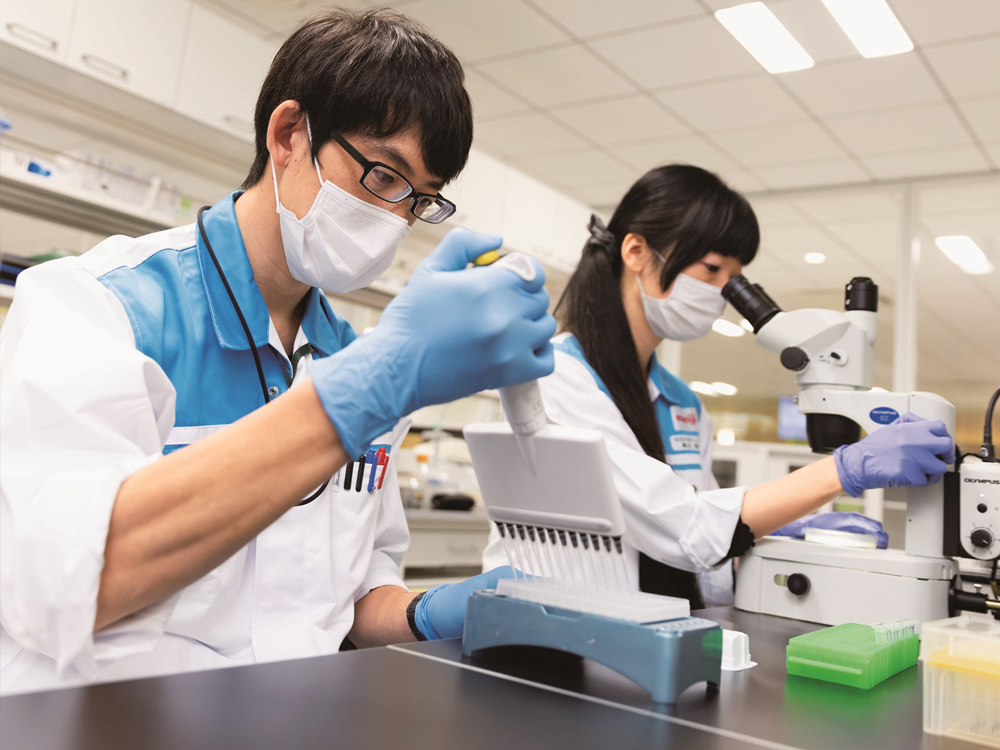 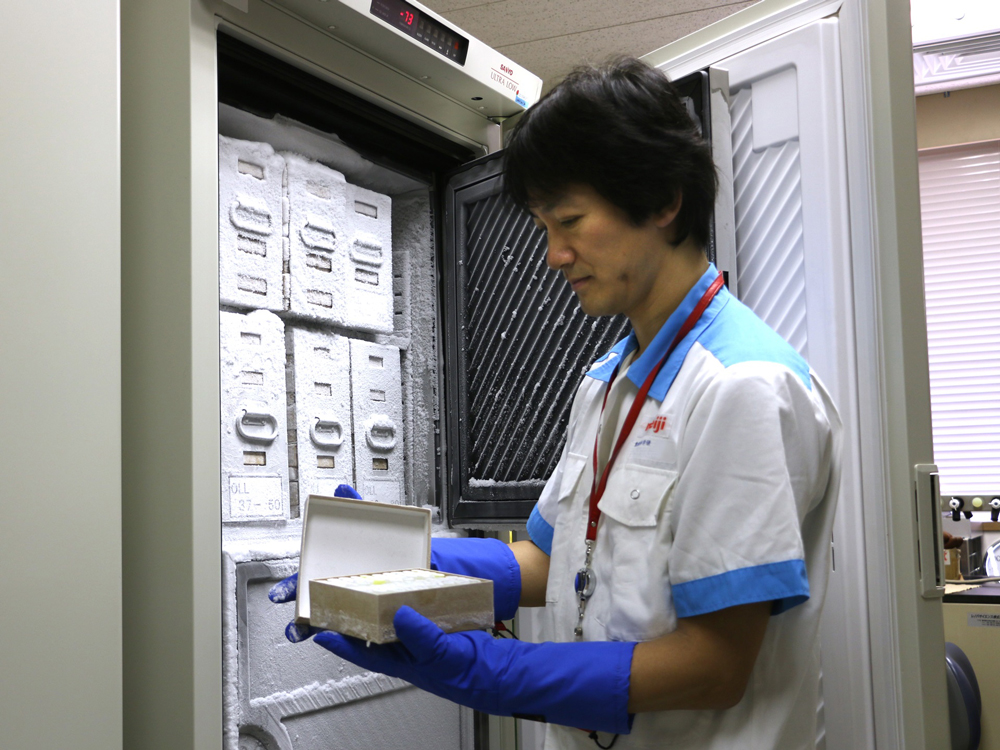 In 2011, Meiji Group wanted to better understand the role of lactic acid bacteria in the digestive tract, so it established a joint research project with the Pasteur Institute in France. Founded in 1887, the Pasteur Institute is the world's leading authority on micro-organisms. Founder Louis Pasteur himself was the first biologist to describe the process of lactic acid fermentation in the 1850s.

The research by Meiji Group and the Pasteur Institute identified a clear link between lactic acid bacteria LB81 and the intestinal barrier, a key part of the body's defense against invasive micro-organisms. The intestinal barrier consists of the epithelial layer, a physical separation between the gut and the body, plus an array of molecules and immune cells on either side that fend off harmful intruders. LB81 bacteria were linked to increased production of antimicrobial peptides which enhance the barrier's function. (Link to findings  )

The intestinal barrier can be weakened by aging, stress and poor diet, which is why these are all considered risk factors for many diseases. By preventing a decline in the barrier's function, LB81 restricts opportunities for harmful microbes present in food or liquid to enter the body through the gut. The bacteria help to avert not only weaknesses brought about by lifestyle factors, but also those long thought to be inevitable as we age. LB81 won't grant us eternal life, but it does appear to reduce the risk of age-related diseases. 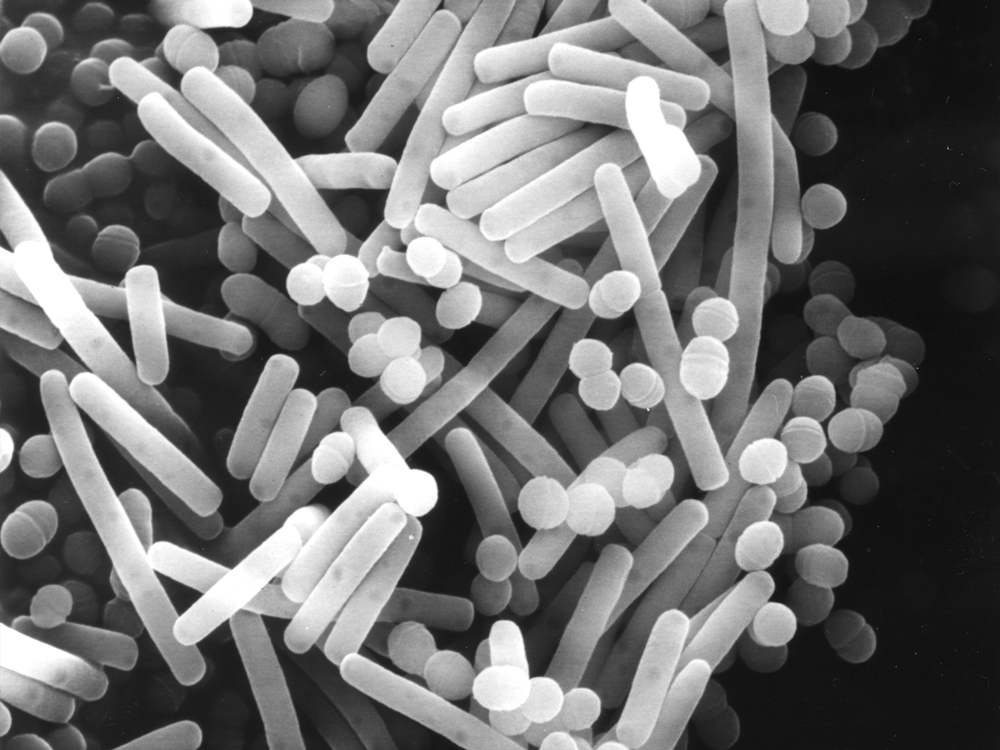 LB81 has been a key ingredient of Meiji Group yogurt since 1993, and research into the benefits of LB81 continues to be logged in the Meiji Group research library. As science gradually comes to understand the role played by each bacterial strain in the gut microbiota, the potential health benefits could be unlimited.

An early pioneer of yogurt in Japan, Meiji created Japan's first plain yogurt in 1971. Thanks to its delicious flavor and our scientific research into the influence of bacteria on the human body, Meiji yogurt still makes up 41.2 % of the yogurt market in Japan today.

The Meiji Group promotes innovation through a unique synergy between food and pharmaceutical expertise. Our research into longevity and health is groundbreaking and always follows the highest ethical standards.

What does nutrition mean at Meiji? This important concept has now been enshrined in the Meiji Nutrition Statement, so that we can go on contributing for another 100 years.